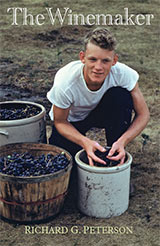 We are pleased to offer you two wonderful wines, Brut Rosé and Pinot Noir, from California legend Richard G. Peterson.

We are thrilled to celebrate Dick Peterson's contributions to the California wine industry with two limited production wines, and we are committed to creating a truly remarkable vintages of these wines for years to come. 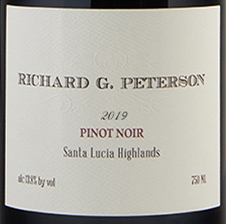 A Conversation with Richard Peterson
"About a year ago, Peterson's publisher contacted me and asked if I would write the back flap for Peterson's book, The Winemaker. I had never met Peterson, but his publisher started sending me chapters to read and I was totally engrossed. I think you will find his story compelling on many levels."
- Antonio Galloni, Vinous, November 2015 (watch video)

Richard G. Peterson's The Winemaker
"Peterson's 50-plus years in the wine industry have created a rich legacy from a time when people were drawn to the wine industry by intelligence, creativity, and inspiration - a challenge to see how things could be made better, done better."
- Napa Valley Register, August 2015 (view article)